I’ve been training dogs for 15 years, starting when I was just 15 years of age. I have trained dogs in a range of areas from local clubs to Gundogs and even drug and explosives dogs with the police. I currently have 2 English Springer Spaniel's called Louie and Gnasher which I use to compete in obedience competitions. I looked after the Adult foundation Class at Littlehampton dog Training Club for many years before Ziggy took over this class and i am now taking class 3 here at littlehampton dog training club.

Dog Of the term

My name is Pamela Terry. I started to go to Littlehampton dog training club with my first German Shorthaired Pointer in the early 1980's. I have had 5 German Shorthaired Pointer's and 1 German Wirehaired. My husband and i competed with the dogs very successfully over the years in Gundog competitions at open level. All of which went through all the levels at littlehampton dog training club. I started taking classes in 1996 and have been on the training team ever since. I am very intrested in all breeds.  My motto being " A trained dog is a happy dog"

Has been a member of Littlehampton Dog Training Club since 1981 working an  Irish Setter x Border Collie and since  then a Lurcher, a Jack Russell and at the present time her second Border Collie “Purdey”.  After an initiation period as an assistant instructor she has now been taking classes for over 20 years at most levels.  Her particular interest is in the socialisation and basic training of puppies. 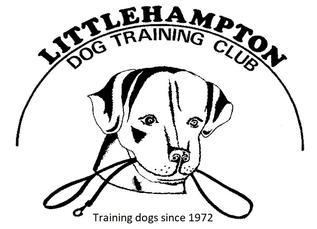 The Cinnamon Trust is the only specialist national charity which seeks to relieve the anxieties, problems, and sometimes injustices, faced by elderly and terminally ill people and their pets, thereby saving a great deal of human sadness and animal suffering.

I have been a member of Littlehampton Dog Training Club since 2010 working a Labradoodle called Benji going through all the class with him and present time my 2 English Springer Spaniel's called Harley and Gnasher.

After an initiation period as an assistant instructor with the puppy's and adult foundation classes, I now Teach the Adult Foundation Course here at littlehampton dog training club.